The castle of Wijchen is mentioned for the  first time in written sources in 1392. The first construction however goes back up until the middle of the 14th century.

Many families possessed the castle. In the 14 th century it got into the hands of the family Van Galen; in 1536 it was owned by the Lord of Batenburg.

In the meantime the castle was destroyed at least one time. Most likely one of the Lords of Batenburg (the Bronkhorst family), built the new fortress, which was however completed only at the beginning of the 17th century. The completion is in the name of the princely pair Emilia of Nassau and Don Emanuel of Portugal. 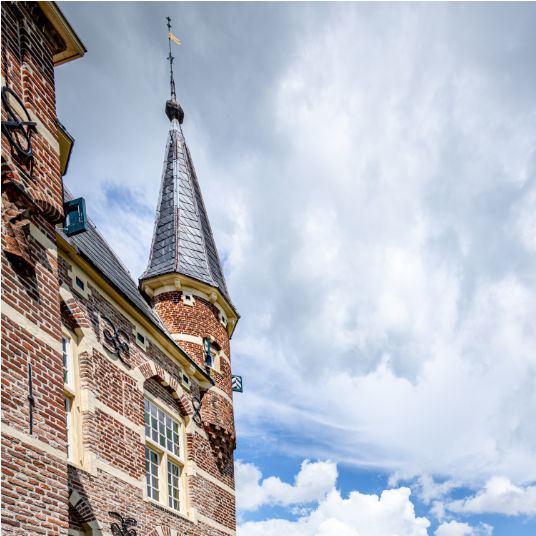 In 1609 Emilia, daughter of Prince Willem of Orange, obtained the castle. It lasted a considerable time before she got to live there.
Emilia had let the castle thoroughly renovated. Partly the money for the  renovation came from the selling of aan expensive pearl necklace. Emanuel was without  any perspective and catholic.

Hereby he and Emilia got  no permission fort heir marriage from the States General of Prince Maurits. Therefore they had a  fairly  difficult lovestory behind them by the time they settled in Wijchen.

Many of the ornaments on the castle refer to this, such as the wall ankets  in the closed  ’S-Shape”. , which stand for “fermesse”, old French for fidelité (faithful).

In 1629 Emilia died, and the castle in the end was sold by her children to Philips from Nassau, Lord of Grimhuizen near Breda. After having gone from hand to hand in three different families, the castle and loan goods in 1771 came in possession of the family Osy.

The heirs of baron J.J.R. d’Osy sold the castle to Lady A.W. van Andringa de Kempenaer from the Hague for the amount of f. 26,850.
After a chimney fire in the night of Saint Nicolas 1906 the castle was completely burnt down. Only the ascending wall was spared.
Furniture, library and art treasures all became prey to the fire.

In an extremely short period of time the castle was completely restored led by the Nijmegan architect F.A. Ludwig.
In 1908 Castle Wijchen stood there again in former glory.

After the disease of Dame de Kempenaer in 1926 the castle came in possession of her nephews. In 1932 they ordered to sell the castle. However, a buyer was not to be found,  because of the crisis years.

On initiative of the mayor the community of Wijchen then bought the castle for fl. 32.000.
Since then the solemn castle is called Castle/Town Hall and all inhabitants of Wijchen are owners.

In use as Town Hall

In 1933 the castle was commissioned and since the officials removed in 1981 , the old castle fulfills especially representative functions.

The future looks positive fort he castle. Thoroughly restored in the nineties, the castle since 1996 offers housing fort he Museum Castle Wijchen.

Castle Wijchen is situated in the centre of Wijchen. The castle is THE icon of the municipality. From the moment the municipality bought the castle it is the house of local democracy. Besides town hall it also is museum and wedding location.

For Wijchen and her inhabitants the castle is a very special location. Also for the  Netherlands this castle is unique.

It is THE lieu de memoire- the place of remembrance of Emilia of Nassau. From the outside it looks magnificent and commemorates of her time.

The 17th-century castle was in 2021 restored in its old splendor by means of a major overhaul. Besides the bringing back of the historic experience with the renovation we also improved the functional use . A lot of hard work has been done to also preserve the castle for future generations.  And so this especially historic place in Wijchen has become even more attractive for inhabitants and visitors. 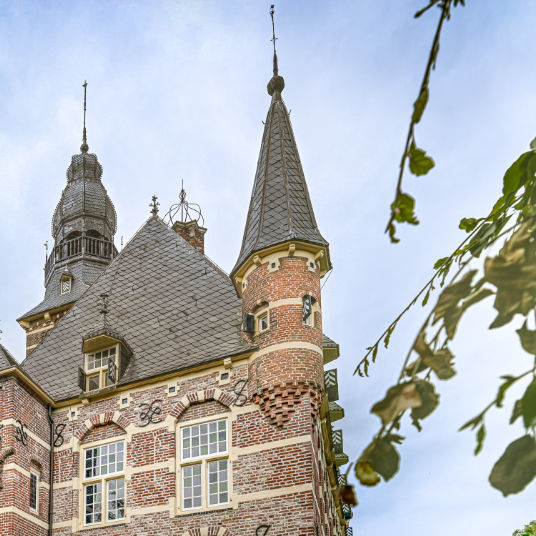